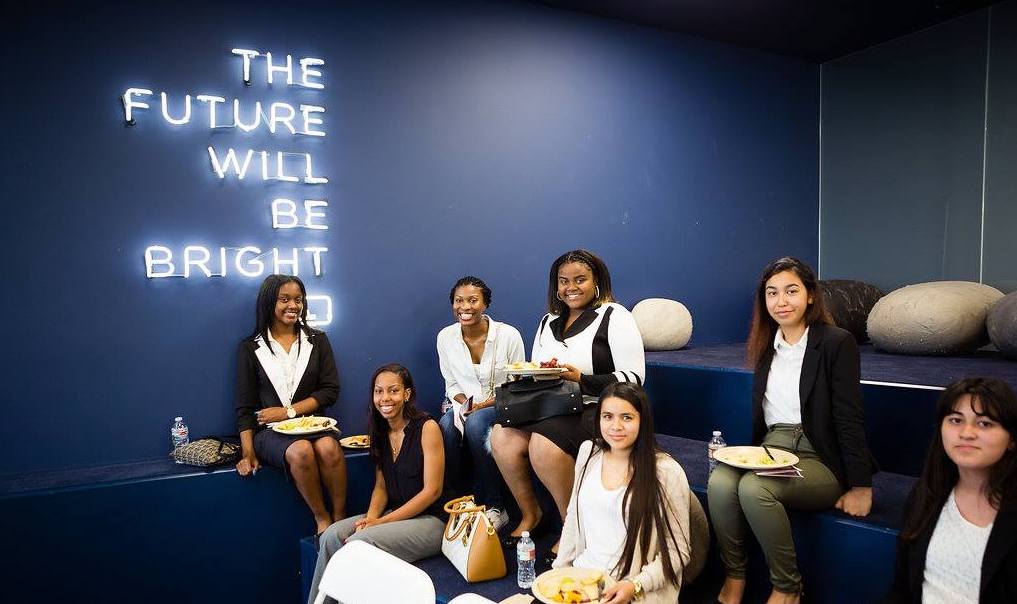 With the support of the LA2050 My Grants Challenge, the Geena Davis Institute on Gender in Media at Mount Saint Mary's University recently launched its new Empowering Girls & Creating a Gender-Balanced Media Landscape program. This program provides scholarships for 50 girls from across Los Angeles to attend the Institute's See Jane Salon series, quarterly events that engage entertainment industry professionals and corporate influencers in discussions on achieving greater gender equity in media. In addition to attending the salons, scholarship recipients will also have the chance to take part in other special mentoring programs and opportunities over the course of one year.

The Institute partnered with local peer organizations, including the Fulfillment Fund, Urban Fitness 911, DIY Girls, LA Makerspace, and Steamcoders, to help spread the word and reach a diverse group of young woman.

The program's first salon, “The Easiest Way to Add Female Characters: It Starts With A Script!" was held at Fullscreen Media in Playa Vista on June 5, 2017. Program panelists included Geena Davis; Craig Gerber, Creator & Executive Producer of Disney's Elena of Avalor; Daron Nefcy, Creator & Executive Producer of Disney's Star vs. The Forces of Evil; and Rebecca Rusch, professional athlete and creator and star of the film Blood Road. Alex Cohen, KPCC's Morning Edition Host, moderated the discussion, which centered on ways to improve female representation in media that start in the writers' room.

As the Empowering Girls & Creating a Gender-Balanced Media Landscape program progresses, three more salons are planned for August, November, and February. Additionally, a program featuring a speed mentoring session with a range of entertainment industry professionals is scheduled for early September.

At the program's conclusion, the Institute will survey scholarship recipients to assess the quality of the program and its impact on their knowledge and interest in gender equity in media. The Institute will also evaluate the program's influence on inspiring the participants to pursue their own careers in the entertainment industry, and will track the number of participants who go on to attain internships and jobs in the industry or start their own creative endeavors or businesses.