6 Awesome Angeleno Podcasts You Should Know About

Seems like there's a podcast for everything these days, and quite a few about our own city. We've rounded up six social impact podcasts that share stories about Los Angeles, our most pressing challenges, and the changemaking leaders doing good:

Changemakers LA, by LA LISC
Changemakers LA is a tribute to the people and policies that make LA neighborhoods good places to live, work, and play. They take a look at how LA tackles the pressing issues of affordable housing, economic development, transportation, and safety in a time of growing prosperity and growing inequity in LA. Listen on Soundcloud here.

KNOW YOUR CITY, by LURN
KNOW YOUR CITY by Leadership for Urban Renewal Network (LURN) was just launched this week! This podcast series will highlight some of LA's amazing leaders in policy, advocacy, and community development, who are uplifting underserved communities. Subscribe here.

Value Added, by enso
Value Added interviews people who are adding value to the world. The awesome Angelenos they've interviewed so far include Sam Polk, Jessica Jackley, Chris Rico, Elliot Kotek, and The Dinner Party. Take a listen on iTunes.

The Zag, by NLC Los Angeles
The Zag features stories from New Leaders Council (NLC) alumni and their work in LA. NLC LA provides emerging professionals with training, mentorship, and resources, and has created a network of cross-sector, progressive leaders in Los Angeles. Listen to their podcast here.

March Primary Election Guide #1: What You Need to Know

It is such an important time to vote locally, and lucky for Angelenos, we have local elections just around the corner! On March 7th, make your mark on LA by voting in municipal elections. We've put together two LA2050 newsletters focused on the upcoming elections.

What's on the ballot? 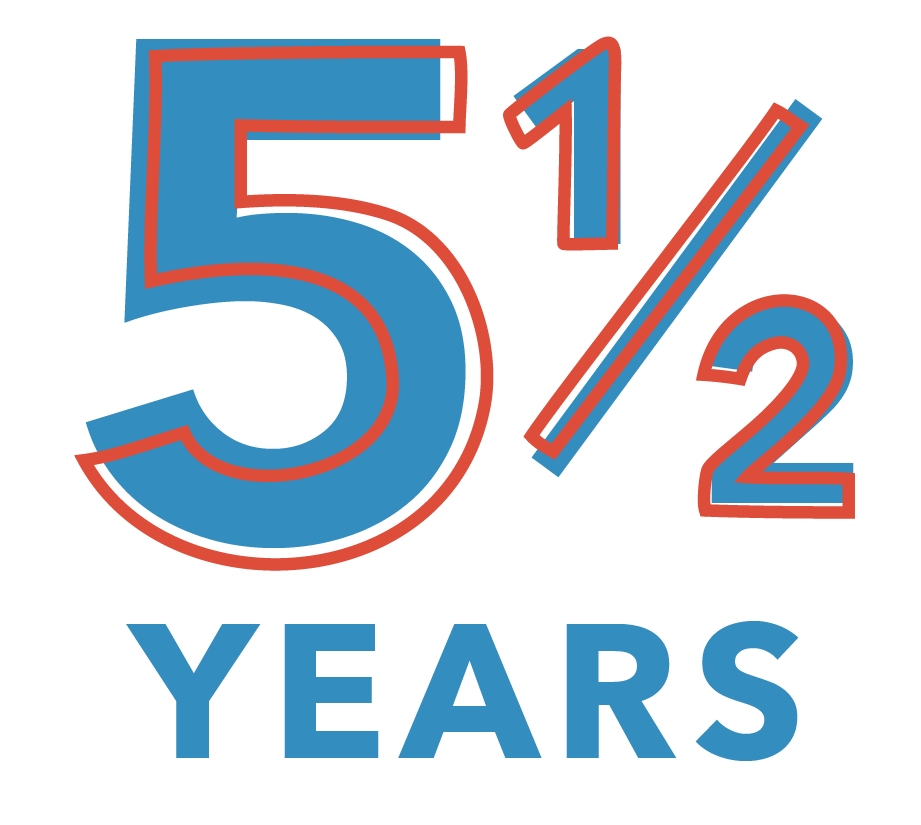 Officials elected this year will be serving a 5 1/2 year term. In 2015, in order to help increase participation in local elections, LA voters passed a charter amendment to place city elections on the same calendar as the statewide gubernatorial elections. Elections will move from odd-numbered to even-numbered years. The next gubernatorial election is in 2022, meaning the next elected officials will serve an extended term. 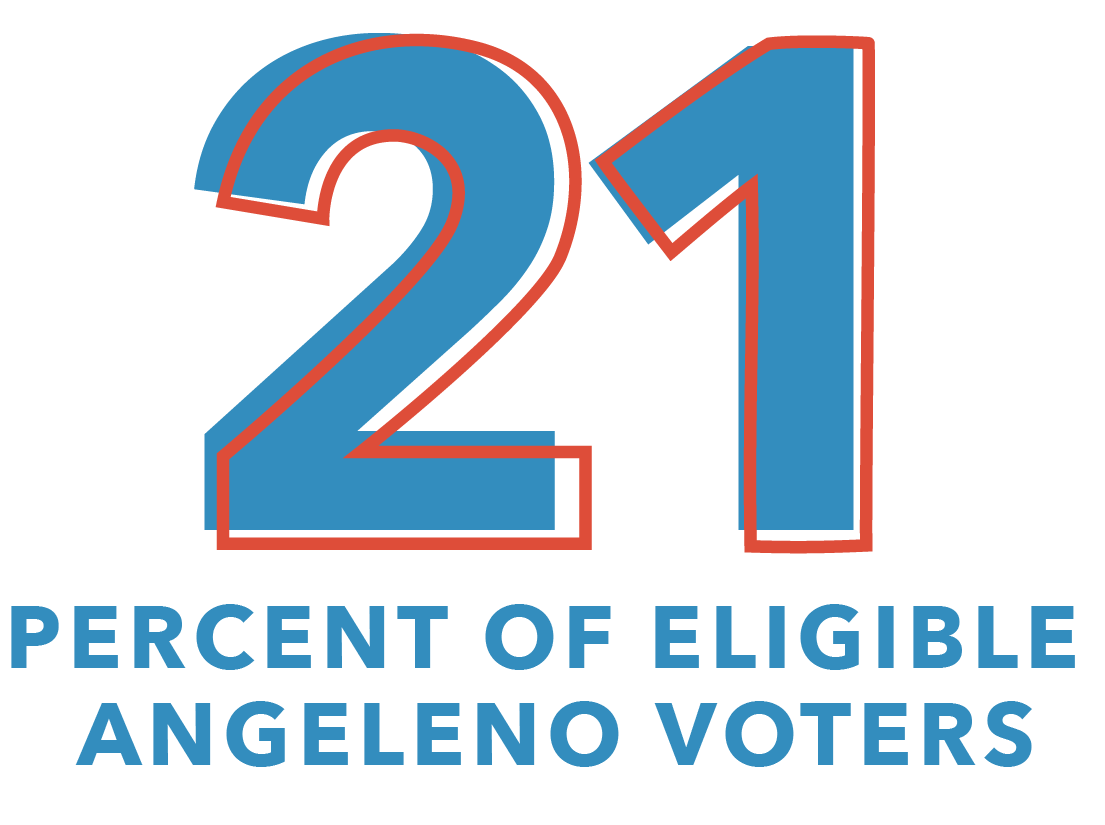 Participation in local elections is dismal. Let's fix that! In the last mayoral primary election, just one in five or 20.8%, of eligible Angeleno voters participated in the last primary election in the City of Los Angeles. 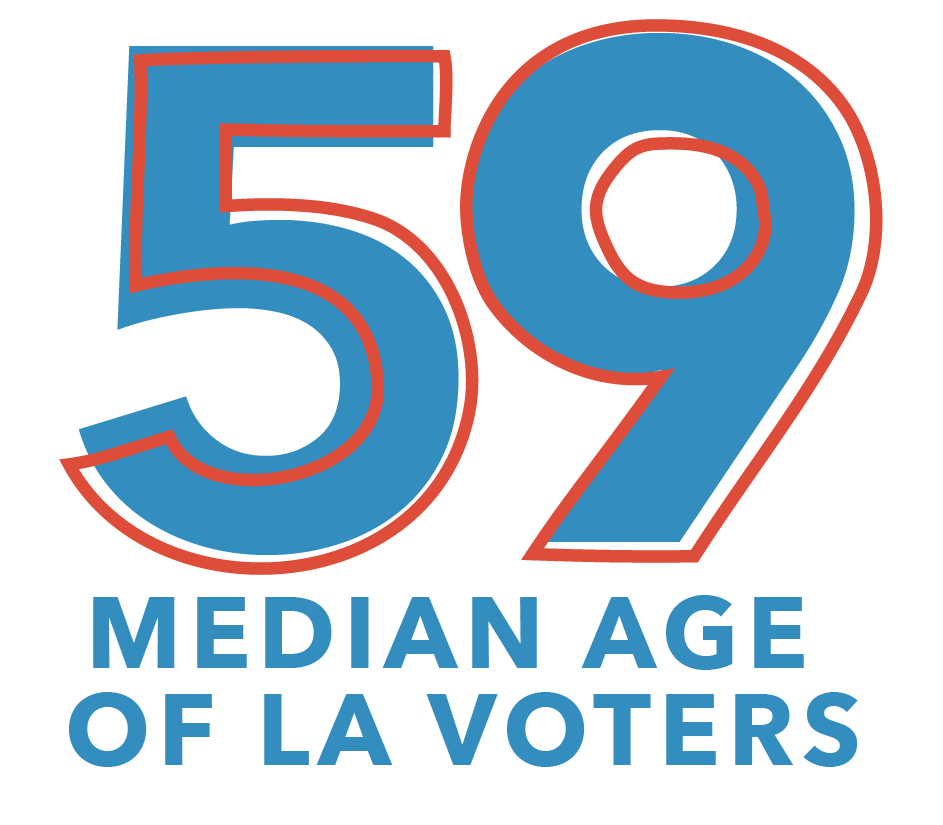 The median age of voters in Los Angeles is 59. And voters 55 and older make up 31% of the state's adult population but constitute 47% of likely voters. We need more voices across the age spectrum to determine the future of Los Angeles. That's why we love whatUnited Way's LA Youth Vote campaign is doing!

The Mayor of Los Angeles, three seats on the LAUSD School Board, three seats on the Los Angeles City Community Colleges Board of Trustees, and eight City Council seats, including the seat for District 7 in the Valley which is hotly contested (20 candidates are running for the position). The City Attorney and Controller are also on the ballot, though running uncontested. The measures on the ballot vary depending on where you live. Across L.A. County there are 13 local measures and one county measure.

There may be other municipal elections happening if you live outside of the City of Los Angeles. Check out the list of municipal candidates, municipal measures, and your sample ballot based on your address.

Don't forget to check your polling place. It may be different from where you voted in November! 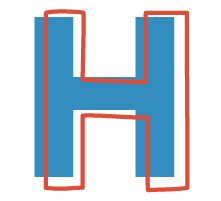 Los Angeles County Measure H: a quarter-cent sales tax increase to provide services for the homeless, including mental health, health care, job training, and other supportive services. This measure is a companion to Measure HHH which will build 10,000 units of permanent supportive housing and provide several million dollars for affordable housing. Measure H is part of the county's broader plan to reduce homelessness in Los Angeles. This measure needs 2/3 of votes cast to pass. 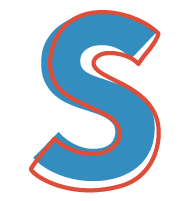 Los Angeles City Measure S: a measure, also known as the Neighborhood Integrity Initiative, that would place a two-year moratorium on new projects seeking General Plan amendments or zone or height-district changes that would result in more intense land use, an increase in density or height, or a loss of zoned open space, agricultural or industrial areas. The measure includes an exception for affordable housing projects, among other provisions. Measure S competes with Measure JJJ which was approved by voters in November. This measure needs the majority of votes cast to pass. 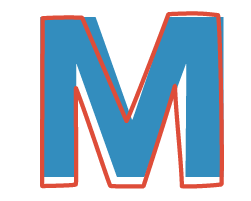 Los Angeles City Measure M: a measure that is intended to provide a process for the regulation, taxation, and enforcement of the marijuana legalization law, or Prop 64, that was passed by California voters in November. This measure–which competes with Measure N–would provide the City Council to amend and adopt regulations related to marijuana after a public hearing and comment process. This measure needs the majority of votes cast to pass. 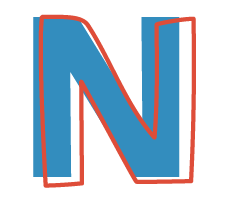 Los Angeles City Measure N: a measure that would establish City permitting program for the regulation, taxation, and enforcement of the marijuana legalization law, or Prop 64. This measure–which competes with Measure M–has been abandoned by the backers of the proposition, though it was too late to remove it from the ballot. You still have the option to vote against it. This measure needs the majority of votes cast to pass. 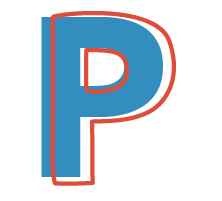 Los Angeles City Measure P: a measure that would amend the charter to increase maximum term for franchises, concessions, permits, licenses and leases that may be entered into by the Harbor Department from the current maximum of 50 years to a new maximum of 66 years, to be consistent with recent changes to state law. This measure needs the majority of votes cast to pass.

We also found the KPCC Human Voter Guide and Voters Edge to be super helpful. Also check out VoteLAUSD.com, a community oriented forum specifically geared toward issues for LAUSD! We'll be back with more in-depth information about the measures and candidates in our next newsletter!

The Congressional District 34 Special Primary Election is on April 4, 2017.
"Not sure if this is your district? Confirm here.

Any race where no candidate earns a majority (50 percent plus one) of the primary votes cast will advance to a General Election on May 16, 2017.

For more information, click here for the full newsletter!